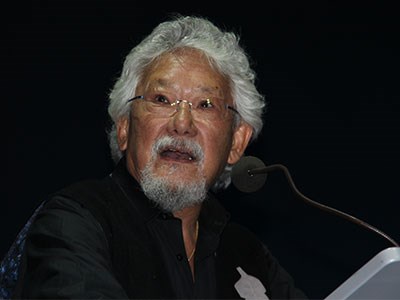 The David Suzuki Foundation is siding with two northern First Nations communities in calling for a moratorium on mining permits in the Ring of Fire.

The David Suzuki Foundation is siding with two northern First Nations communities in calling for a moratorium on mining permits in the Ring of Fire.

The Toronto and Vancouver-based environmental organization worked with Neskantaga and Nibinamik to build the political and decision-making capacity of remote communities to make planning and land use decisions that are consistent with their traditional way of life.

Last September, Neskantaga and Nibinamik were two of nine communities in the Matawa Tribal Council that called for a moratorium on the granting of mineral exploration permits until First Nations and Queen’s Park finalized a regional consultation protocol for address development in the James Bay lowlands.

The chiefs accused the province of moving forward to authorize companies that have not consulted with First Nations in the region. They insist that this breaks the spirit of a regional framework signed last March that was supposed to guide the future development of mining and infrastructure in the Far North.

“We agree that it is counterproductive to make development decisions while negotiations are underway,” Rachel Plotkin, director of science projects for the foundation in Ontario, said in a Nov. 27 press release. “The David Suzuki Foundation strongly believes that before mining exploration begins, sufficient investments must be made in the social capital of affected communities, such as investments in community services, so that they can successfully engage in government-to-government decision-making processes. “

The foundation pointed out that Neskantaga declared a state of emergency last year following a number of suicides and suicide attempts in the remote community.

“The community continues to promote initiatives to heal from the trauma of colonialism, forced resettlement and residential schools and to seek a positive avenue to work with the provincial government. “

Venture capital invested a record $ 30 billion in crypto in 2021, more than quadruple…

Loss of purchasing power of invested capital: immediate relief not in sight for FD…