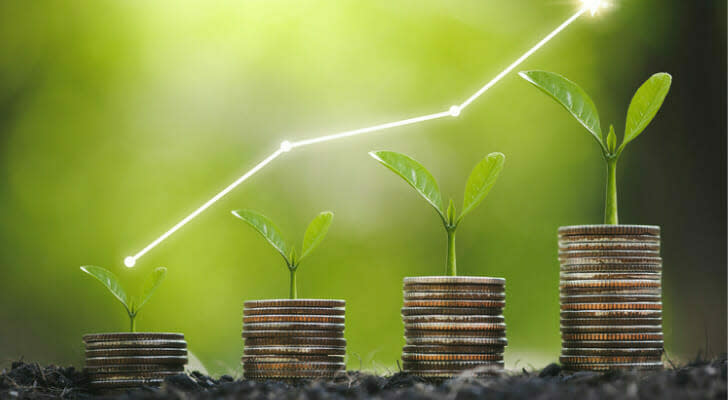 Can this trendy investment strategy help you save for retirement?

In recent years, there has been renewed interest in an investment program that fell into disuse more than 100 years ago: the tontine. But what exactly is a tontine? The easiest way to describe it is that it’s a kind of annuity – with a twist. If you outlive the other participants, you can claim the pot at the end. The concept of tontine may seem morbid, but it can make sense, which we will explain in more detail. For now, know that tontines and annuities each have their advantages and disadvantages; which one works best depends on your situation. For more help, consider work with a financial advisor.

To understand the high-level differences between the two, let’s start with annuities. With an annuity, you pay a Insurance company either a lump sum or you pay over time to receive regular income later. The payments you receive are often fixed but can also be variable in some cases.

A tontine works the same way. Previously, you paid a lump sum up front and received regular dividends. With a tontine, there is a small group of members who participate. When one of the members inevitably dies, their share of the income is divided among the remaining members. This process repeats until only one member remains, who then receives the full dividend. When the last member dies, the tontine ends and is returned to the issuer, which in recent history was an insurance company.

One of the main differences between tontines and annuities it’s the fees. Annuities, on the other hand, are expensive to administer because insurers take a lot of risk with them. They need to have ample cash reserves to be sure they can pay their plan members, including scenarios where people live longer than expected. This makes their payouts low compared to the amount people pay for annuities.

Tontines are different. Instead of a large-scale insurance policy, tontines are a single investment pooled among a small group of participants. This structure means that tontines are much simpler to administer, which is one of the reasons they are less expensive.

As mentioned earlier, annuities are expensive because the insurer bears a lot of risk. This is not the case with tontines; instead, the risk is shared among pool participants. The insurer, for its part, does not have to worry about the scenario where it will have to pay several lifetime members. Pool members share the risk, so the insurance company doesn’t have to take a big discount to take on the risk. If a member of a tontine dies in the first year, for example, he may not receive anything from the pool.

Annuities can have a few different payout structures, but the simplest is a fixed annuity. With such an annuity, you could make a lump sum payment of $100,000 and receive 5% (or $5,000) per year for the rest of your life. In this example, 20 years is the break-even point; beyond that, the annuity pays you $5,000 each year beyond what you paid. This is the risk that the insurer assumes with the annuity.

Now imagine that you instead pay a lump sum in a tontine. Suppose you and nine others pay a lump sum of $10,000 for a 5% dividend; you initially receive $500 per year. However, as other participants die, their dividends are divided among the survivors. If you’re the last one alive, you end up receiving a dividend of $5,000 (5% of ten $10,000 payouts) for each remaining year of your life. In other words, you get back 50% of your initial investment at the end. Not only do you receive a larger payout the longer you live; the difference in payments is also greater. The table below provides an example.

Keep in mind that this is just a simple example to illustrate how a tontine could work in theory. In practice, the number could be different. For example, in one of the very first tontines, organized in 1689 in France, each participant paid 300 French pounds to participate. The last participant in this tontine died at age 96 and received 73,000 livres.

Tontines can also be more complicated than the table above shows. For example, the tontines of the past classified people by age groups; it would not make sense to have two participants in the same tontine 30 years apart. Instead, they would often have ranges of five or 10 years at most. Older participants would also earn a higher salary interest rate because of their increased risk.

An annuity is an arrangement between you and an insurance company where you pay the insurer for the right to receive regular payments. With a tontine, you pool your money with other investors and receive payments from the pool. As participants die, their payouts are split among the remaining participants. When the last participant dies, the tontine ends and any remaining money is returned to the issuer, which may be an insurer.

The post office Tontine vs annuity: which is better? appeared first on SmartAsset Blog.

Move to ETFs: direct indexing is an investment strategy worth paying attention to

Nils Larsen, Director, On managing risk and developing an investment strategy that…